a little on my Country. Belize!

Where is Belize?
Belize is the northernmost Central American nation. It shares its borders with Mexico in the north, Guatemala in the southwest, and Caribbean Sea in the east. It is a constitutional monarchy with an estimated population of 333,200. Its total area is 8,867 square miles.

Which is the largest city in Belize?
The largest city of Belize is located at the mouth of the river Belize River and is known as Belize City. It has an estimated population of 79,600 and is the main port and the industrial hub of the country. It was discovered in the mid-17th Century by British lumber harvesters and was the capital of British Honduras. It is the former capital of the country. In 1961, it was almost completely destroyed by Hurricane Hattie, after which the capital was shifted to Belmopan.

What is the economy of Belize like?
Belize has a small private enterprise economy which is largely dependent on agriculture, agro-based industry and merchandising. Tourism and construction and the recent discovery of oil field have presented new prospects for the country. The estimated GDP of the country is 1.354 billion dollars. Major trading partners are the United States of America, Mexico, Central America and the European Union. 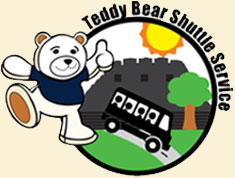 Where can Teddy Take you Today!